Before I begin this article, 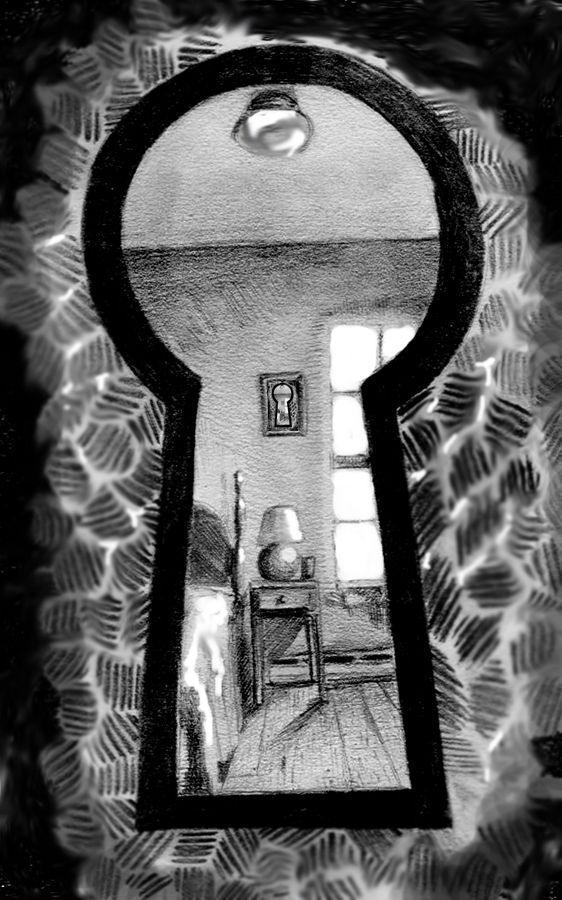 I would like to introduce my nomadic self, with the hopes that this will help you get the gist of my perspective, and what I’m all about. I was born in England to a fully British, English-Irish father, and a Trinidadian mother of Venezuelan descent. When I was 2, we moved to the Caribbean where I spent 8 years living in St. Vincent and the Grenadines and Barbados. When I was 10, we returned to England for couple years during which time I attended school. I was fresh off the boat from the Caribbean and had arrived with a thick Bajan* accent which was interestingly enough, often mistaken for Irish. When I was 12, we then moved to Bahrain, where I spent my teenage years until graduating from high school and began university in London.

Having lived in these 3 regions of the world so apparently distinct from one another, I’ve tended to focus mainly on the similarities than the differences. And living in Bahrain, I would revel in learning about my friends’ backgrounds, and exchanging childhood memories. I learnt, for example, that just like the West Indies, in the Middle East superstition is so ingrained into the culture that you can have a frank conversation with somebody about their personal experiences, and they’ll go on to tell you that they, or their sister, cousin, or “friend of a friend” communicates with ghost-like entities on a regular, first-name basis. In the Middle East, these entities are known as “Jinns”, whilst in the Caribbean they are known as “Duppys” or “Jumbees”, depending on which island you are.

So, you’ve probably guessed, I’m going to talk about superstition in this article, but more specifically, Caribbean and Central American Folklore. This is because it’s one aspect of my own culture that I share with parts of Latin America, and therefore can pass onto you my first hand knowledge. Also, quite frankly, the Caribbean side of me just loves discussing these sorts of supernatural topics, so I’m also just having a great time writing this! 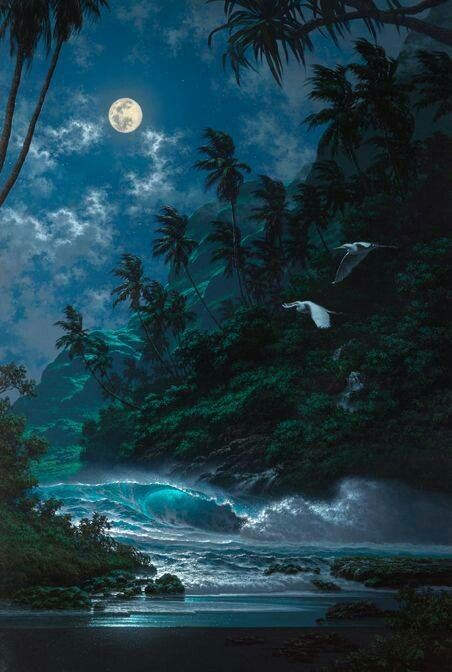 To a Vincy* thunder stormy night, the power’s gone out, and my sisters, cousins and I all bunch up together in one bed like a litter of puppies. We’ve reached for our favourite book, an encyclopedia of West Indian folklore, our very own version of Newt Scamander’s “Fantastic Beasts and Where to Find Them” if you will.

On these stormy nights, if us kids were lucky; one of the parents might come join in, and amuse us a while by sitting with us in the darkness and relate one of these old tales passed on to them from our grandparents. All the while, hurricane season’s gusty winds whistle through the tree branches and bullets of rain beat against the roof like a steel-pan, creating such a rhythm and backdrop of suspense, that I was certain there must be some magic mustering out in the hills somewhere. 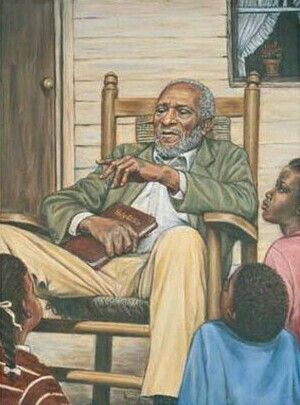 Tales of “Papa Bois”, Father of the Woods; a somewhat noble character and caretaker of the woods. I personally had nothing against Papa Bois, he seemed like a cool guy. However, he did surround himself by some questionable company, which I will expand on in the next chapter. On the other side of the spectrum, there was “Mama Dlo” Mother of the water”; a child-devouring mermaid. Yikes.

I’m aware that all I’ve described so far almost seems sinister, but fondly enough, the exchange of these tales across the generations is a deep-rooted tradition that the West Indies shares with several Central American countries, such as Panamá and Colombia. It’s almost a rite of passage as you age, to transverse from listener to narrator. I emphasize, this is very serious business; you have to keep a straight face and adopt a sort of subdued, eerie, yet matter-of-fact tone to your voice throughout the entire story, while your nieces and nephews widen their eyes, scrunch up their noses and wiggle in fear. You can’t laugh because that’s like telling them Santa Claus doesn’t exist. And I must admit, I believed in folktales years after I grew out of Santa. In fact, in many ways I am still wound up with folklore and other kinds of superstition to this day. 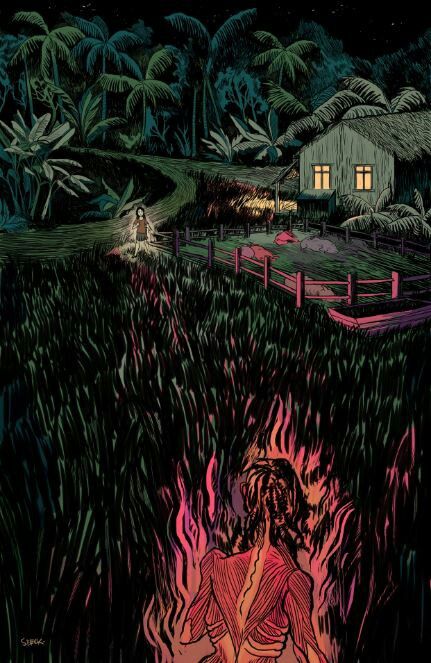 Folklore consumed so much of my Caribbean childhood that I recall being entirely convinced by my elder cousins that our next door neighbour was the “Soucouyant”, a vampire/witch who sheds her skin at nightfall and transforms into a fireball. She then flies through the night’s sky in search of a victim’s blood.

Being the very imaginative and mischievous youngsters we were,

my cousins and I conspired to defeat my neighbour the “Soucouyant” the only way one can defeat a fiend of her kind, by sneaking into her house and shaking salt, to which she is allergic, into her fireball cloak. Thankfully this plan never fully materialized. Although my older cousin, let’s call her “Avani”, managed to jump through the supposed witch’s side-window, and stood there at the windowsill a few moments, waiting for cues of what to do next, as we quickly lost our wits before her eyes. So, she climbed right back out amongst our cowardly chaos, and as I recall, I was balling my eyes out (I was that type of kid that climbed up trees and cried when I couldn’t get down.) 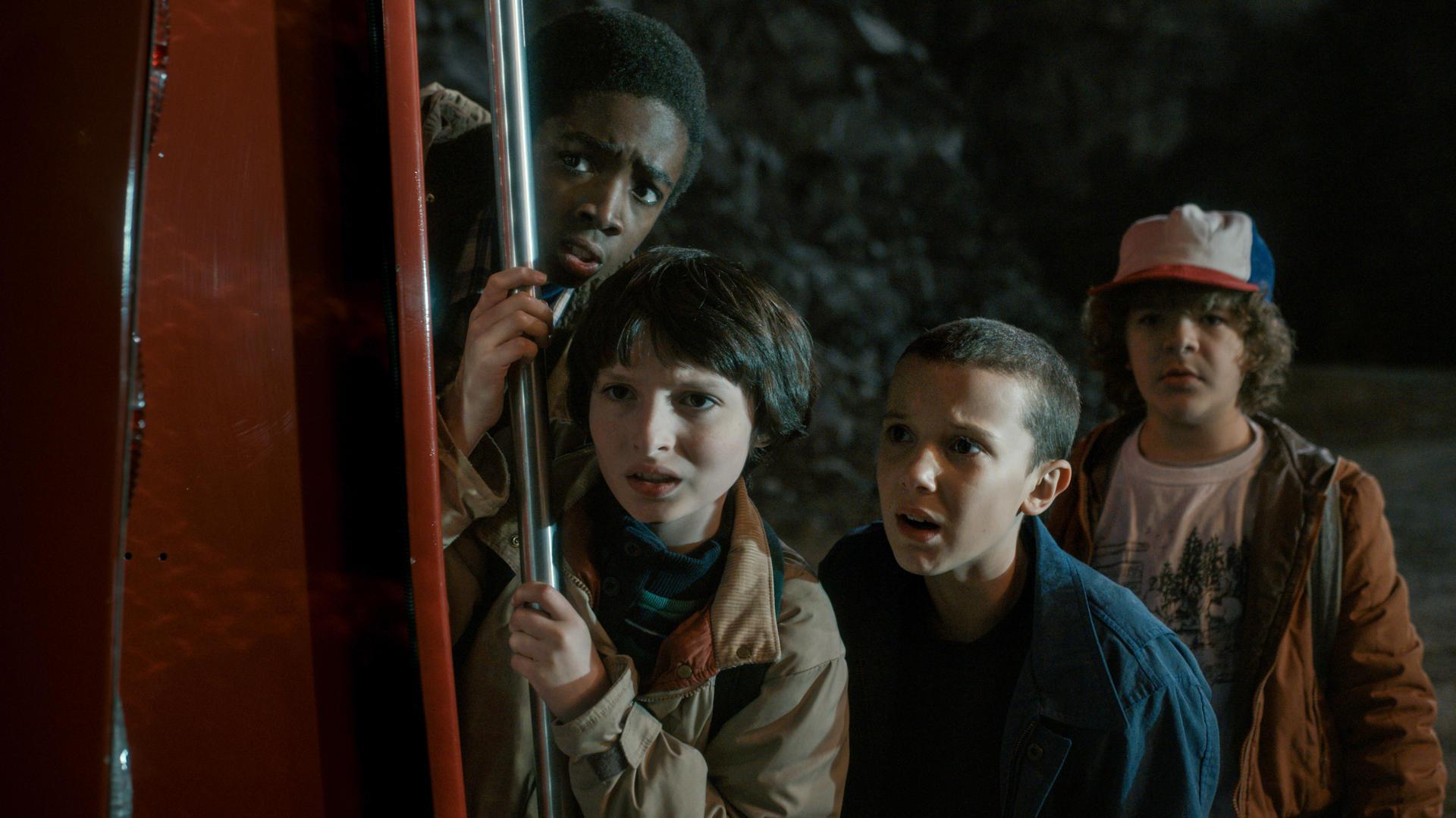 Nevertheless, as I mentioned earlier, in retrospect I do consider our failure as a positive, because honestly, who knows what could have happened!? Maybe I’d have ended up in juvenile prison along with my delinquent cousins for breaking and entering. Or quite possibly, perhaps the Soucouyant would have come home early that day, to find us pups conveniently scuttling through her wardrobe, only to serve our tender meat up along with her rice and peas for supper.

*Bajan – Colloquial demonym for Barbados, as opposed to Barbadian.

*Vincy – Colloquial demonym for St. Vincent, as opposed to Vincentian.

A Guide to Argentina Cinema

Why Not To Visit Santiago de Chile

The Death of Alberto Nisman

How to Avid Bankruptcy in Canada

The Death of Alberto Nisman

How to Avid Bankruptcy in Canada

THE 10 BEST TEFL ACCREDITATION COURSES AROUND THE WORLD

ABOUT US
Soon News is the hub of interesting news, fun videos and useful articles. Our team scours the world to bring you information that is worth reading.
Contact us: [email protected]
FOLLOW US
© Soon News
MORE STORIES